Each Node has a name, and can point to up to two other Nodes. A set of these Nodes can be used to represent a tree or a graph (with up to two outgoing edges per node).

Declare five instances of Node to represent the following 5-node binary tree. The node names are labelled in each box. If a node's outgoing edge is unused, initialize the pointer to 0. Label the root node (named 0) with the label Root. 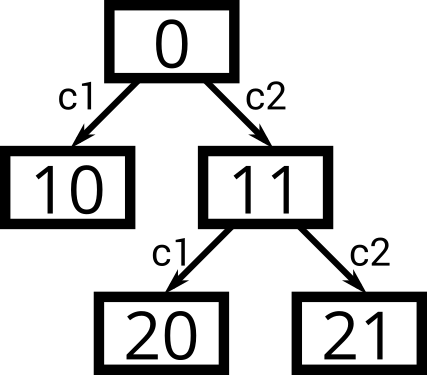 This problem only checks for the declaration. There is no code.

Or upload a file